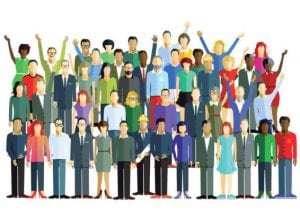 There was a recent news item discussing a major employment expansion opportunity that read “the other contenders are Atlanta, Austin, Texas; Boston, Chicago, Dallas, Denver, Houston, Los Angeles, Minneapolis, New York, Philadelphia, San Diego, San Francisco and Seattle.”    Amazon?  no.     Apple?  not them, either.    This exciting opportunity where the Triangle is a finalist is the Army!

Specifically, the Army Futures Command is looking for a headquarters “located near innovative and agile industrial and academic institutions to align with these organizations and in a place where the command will inculcate the culture needed to develop the innovation and synergy required to lead the Army’s modernization effort.”

That criteria matches the Triangle perfectly.

According to the press release, the Army Futures Command “is the most significant Army reorganization effort since 1973. Army Futures Command will be the fourth Army Command and will be tasked with driving the Army into the future to achieve clear overmatch in future conflicts.”   Lead by a four-star General, the command will directly employ 500+ civilians as well as provide for a large pool of indirect jobs in support  of the command.

Go Army!  (and Amazon and Apple of course, too).